5 Steps to Keeping your School Bully-Free 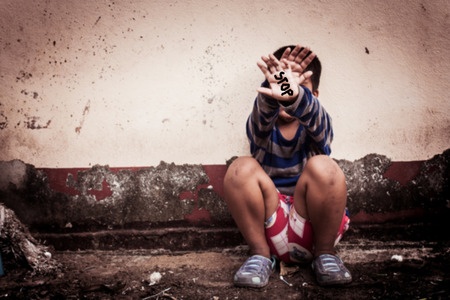 5 Steps to Keeping your School Bully-Free

Bullying has become a fact of life that happens in every school. Especially for children, it is not unusual to get bullied by their peers on a daily basis. Bullying takes many forms, and it may even include something that seems harmless at first, such as teasing. However, you should not tolerate it just because it happens to almost everyone. Bullying must be stopped, and you can do something about it, whether you are a bystander or a victim of it.

As the old saying goes, “prevention is better than a cure.” You can take simple steps to avoid becoming a victim of bullying. For instance, you can protect yourself from being bullied just by developing self-confidence. Bullies usually target children who are insecure about themselves since they are much easier to intimidate than others. You should also avoid places in your school where bullying is most likely to occur.

In addition, you should also refrain from giving other people reasons to bully you.  Gadgets, money, and other accessories usually attract bullies; thus, you should avoid bringing them to school. These things are not usually needed in school anyway, so this should not be hard to do. Respecting other people will help you avoid offending anybody as well as reduce your chances of being bullied.

If you are already being targeted by bullies, you should take action to stop this activity as soon as possible. You must learn to stand up to them and be assertive. Muster up enough courage to defend your rights and fight against unfairness with words. One of the biggest mistakes that you can make is to nurture the thought that you are a victim who is helpless to change the situation. Once you do that, you will surely become one.

Stand up for other people who are being bullied. Most people are reluctant to do this since they do not want to get involved in it. Some also think that it is not their business to help the victim, while others are worried that the bullies may go after them if they do it. However, this only tolerates the behavior and may worsen the situation.

Bullying is not something that should be kept between the parties involved. You should immediately tell an adult about it, even in the first instance. Remember that they already have loads of experience; thus, they can help you come up with a plan to stop the bullying. Also, you will no longer feel that you are alone; thus, this will ease your burden.

If you are uncomfortable with standing up to bullies on your own, talking to an adult is your next best option. The adult can be anyone whom you trust, such as your teacher or parents. These adults have the ability to put a stop to bullying, thereby, saving other victims in your school by involving them before it happens again.

Children who are alone and isolated are usually the first ones targeted by bullies. Thus, nurturing friendships at school can also help you avoid being bullied. Going around in pairs or groups is already enough to discourage bullies from targeting you. If you cannot avoid places where bullying often occurs, then having a friend with you after school, before school or when you use the restroom can make you feel safer.

If you are not the type of person who enjoys belonging to a big group, all hope is not lost. Just having a single friend in school can make a significant difference in your life. If you are already a victim, knowing that you have someone who has your back may make it easier for you to stand up against bullies. Your friends can also help you overcome the unpleasant incident.

Communities and schools have anti-bullying programs and campaigns in place. These programs can help you protect yourself from bullies as well as overcome your negative experiences with them. Whether or not you have experienced being bullied before, it is always a good idea to participate in these programs. In doing so, you will not only empower yourself but also help other children who are being bullied.

Bullying should not be considered a normal phase that children and adolescents have to go through while growing up. You should not tolerate it or be blind to it. It will not just simply go away unless you do something about it. Everyone has the responsibility to keep their surroundings safe; thus, you should take an active part in these anti-bullying strategies.